Judy Reynolds and the seventeen-year-old Jazz gelding Vancouver K, owned by her parents Joe and Kathleen, danced their way to a new Irish international record score of 82.750% when placing third in the Grand Prix Kür (Freestyle to Music) at the ninth leg of the FEI Dressage World Cup™ 2018/2019 Western European League in Neumünster, Germany today [Sunday, February 17, 2019]. A dazzling performance of her new 'Lord of the Dance'-themed freestyle to music programme, saw Reynolds break her own record Irish international Grand Prix Kür (Freestyle to Music) score of 80.29% set only last month in Amsterdam, The Netherlands.

"JP [Vancouver K] was much more relaxed today, he was a little bit spooky in the Grand Prix yesterday" said Judy "He is so experienced now and much more comfortable which means I can ride him more forward. However we can still do better. My aim is to qualify for the finals and I'm hoping to compete in the final qualifier in 's-Hertogenbosch, The Netherlands next month."

Germany’s Isabell Werth and Weihegold OLD, the number one dressage combination in the world, won the qualifier on a score 86.810%. 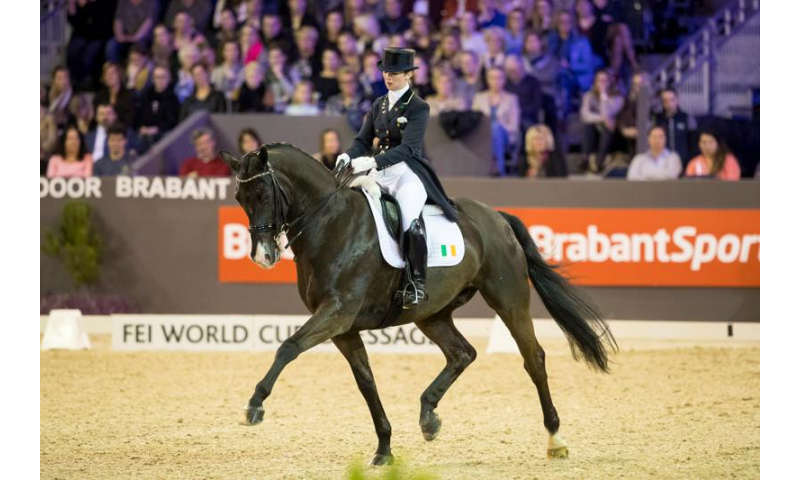 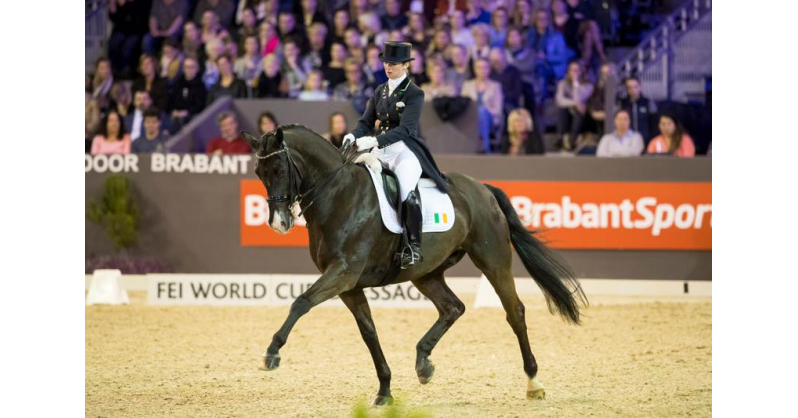